Between 28 and 30 October 2021 Slovenian alpinists Nejc Marčič and Luka Stražar have succeeded in making the first ascent on a new 1700m route on the north-west face of Mount Chobutse (6680 m) above the Rolwaling Valley in Nepal, which they named Slovenian Direct.

Top Slovenian alpinists Luka Stražar and Nejc Marčič made an alpine-style ascent of the north-west face of Tsoboje, the stunning 6,680m peak in the remote Himalayan region of Rolwaling in Nepal. Also referred to as Chobutse, the Himalayan mountain was first climbed in 1972 via the north-east ridge by the Germans Wolfgang Weinzierl, Peter Vogler, Gustav and Klaus Harder. In 2015 Mingma Gyalje Sherpa made an impressive solo ascent of the west face, while Slovenian mountaineers now made the first ascent via the north-west face.

Stražar and Marčič left Slovenia at the beginning of October along with Marko Prezelj and Matija Volontar and after acclimatising properly despite poor weather, Stražar and Marčič climbed the mountain’s north-west face from 28 to 30 October. They named the 1700m route Slovenian Direct and graded it ED, M5, AI5.

“We found steep, exposed climbing in the central part. Ascent was accompanied by low temperatures and strong winds, creating frequent spindrift. Despite unfavorable terrain, we found two really good bivy spots. To avoid the confusion due to small height difference, we climbed both the Central and the East summit of the mountain. We descended the southern side and reached the base camp the evening before our return to Kathmandu,” Stražar and Marčič explained.

Prezelj and Volontar for their part attempted a line up the mountain’s south face, but were were forced to turn back due to the high winds.

Stražar, Marčič and Prezelj are among the most renowned high-altitude alpine-style experts nowadays. They hold a total of seven Piolets d’Or among them.

Stražar and Marčič received one in 2012 for climbing the north-east face of K7 West (6615 m) in Pakistan in 2011, while Stražar received another in 2019 together with Aleš Česen and Tom Livingstone for a first ascent on the north face of Latok 1. 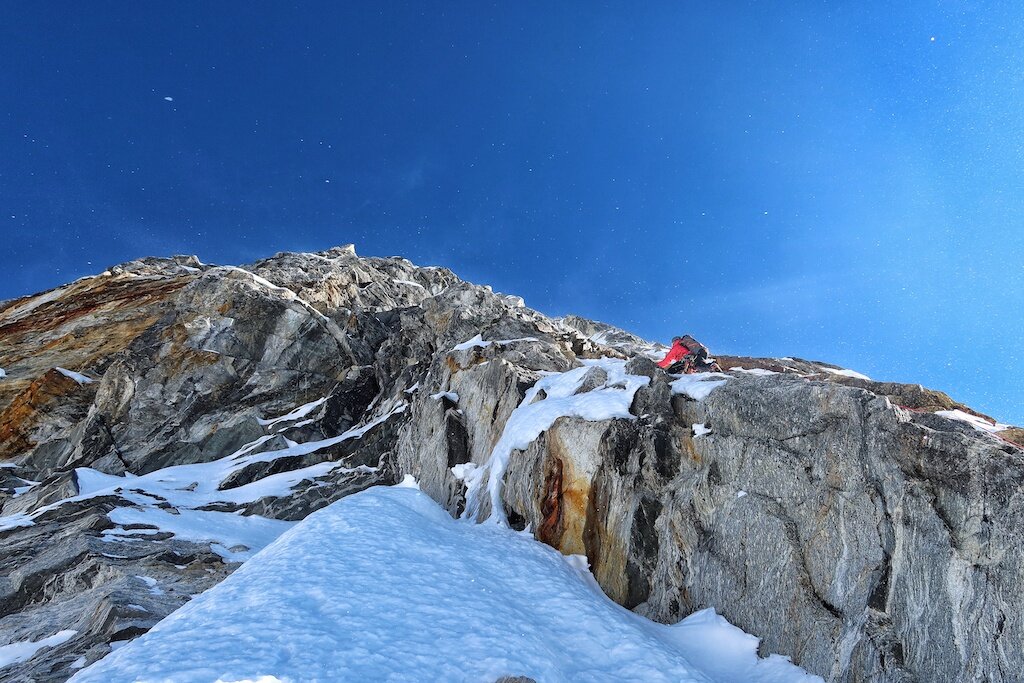 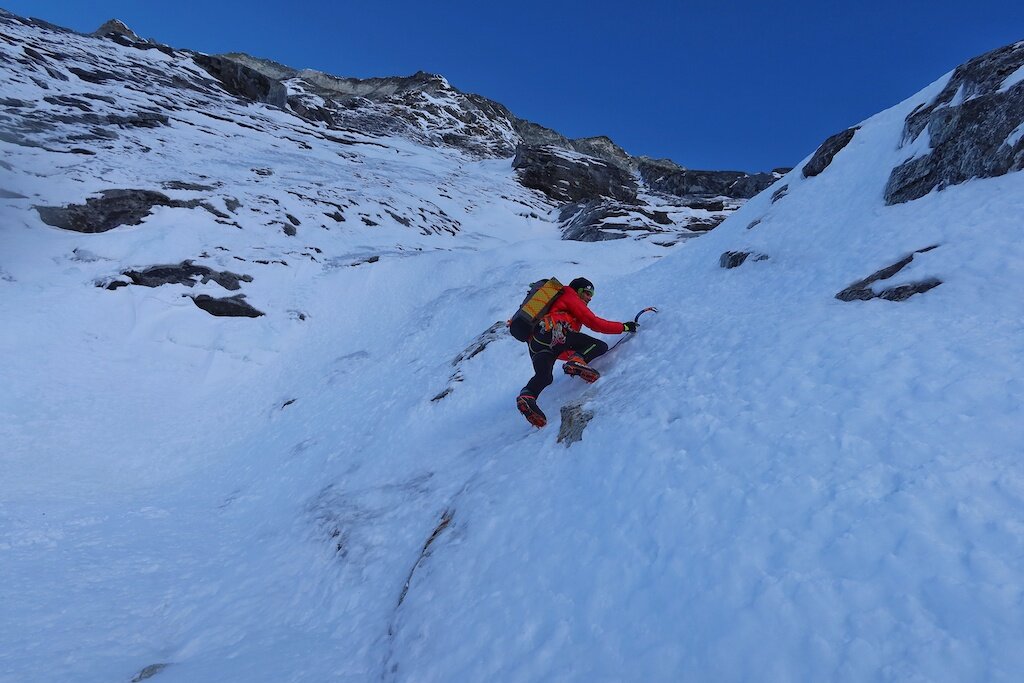 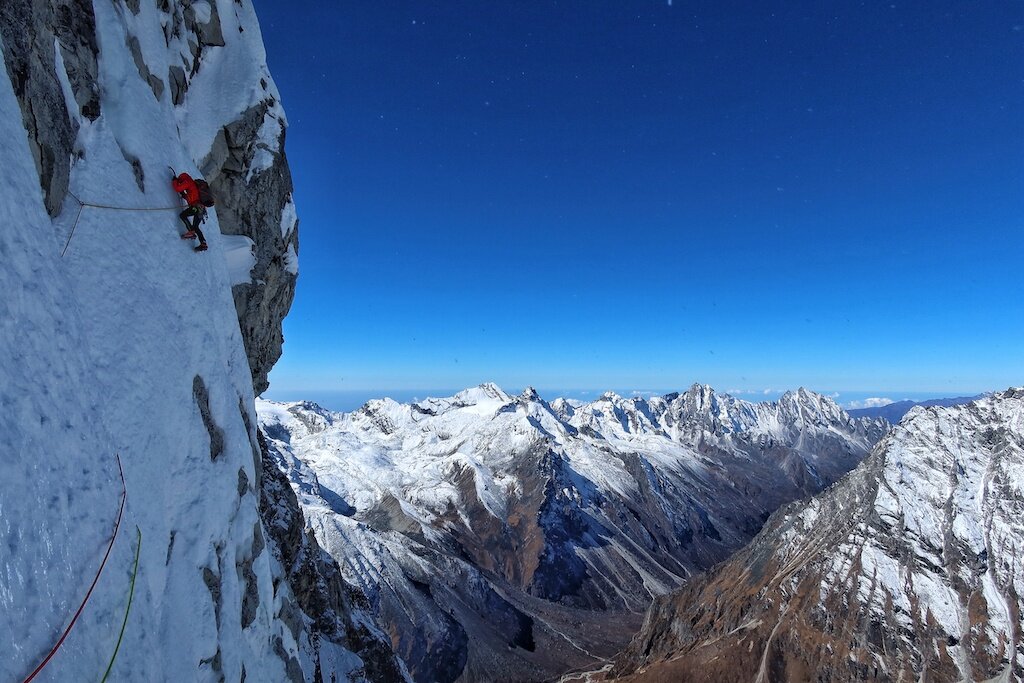 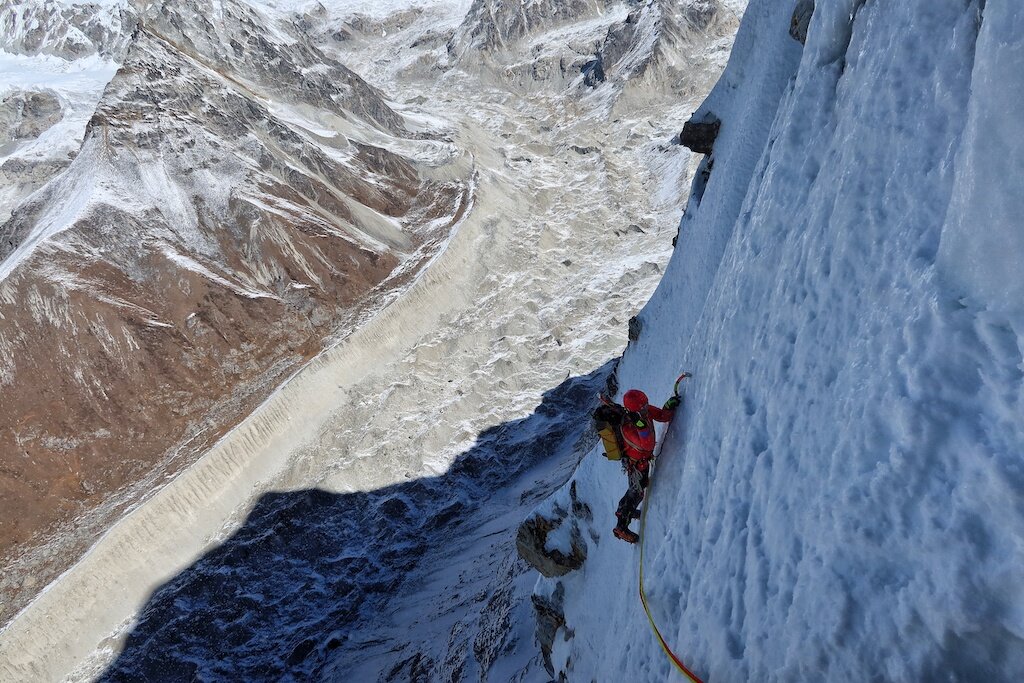 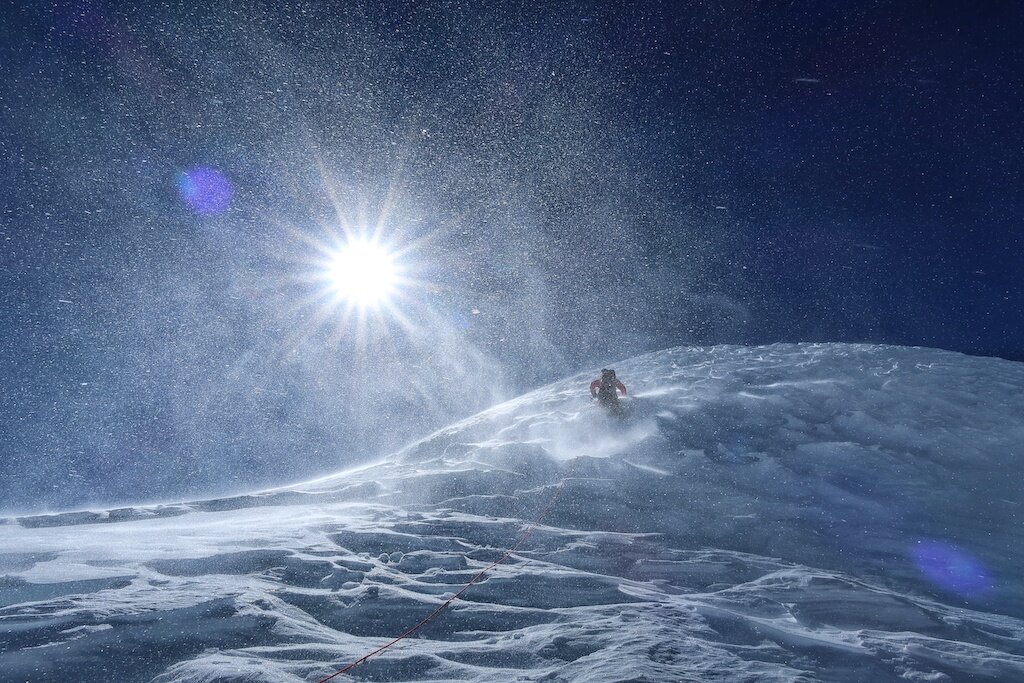 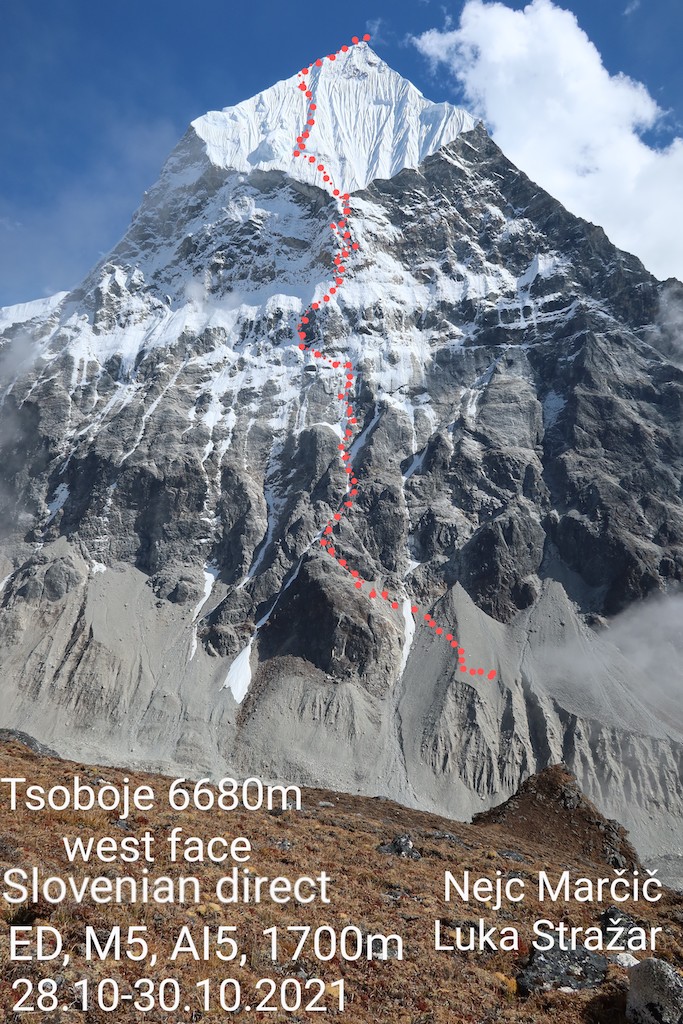